This page gives an overview of Buckingham Palace and the famous Queens Galery Art Museum. The article is intended to help the reader decide whether a visit to the two sights in London is worthwhile despite the entrance fees.

Buckingham Palace is the Queen’s residence in the centre of London. The building was built around the year 1700, but was only rebuilt in 1837 to the royal palace. The first queen to use Buckingham Palace was the famous Victoria. 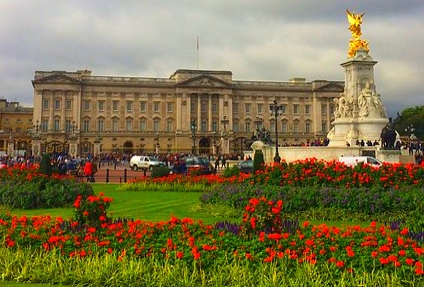 What do you see at Buckingham Palace?

The huge Buckingham Palace has over 700 rooms, including 80 bathrooms. You can only look at some of the many rooms. In Buckingham Palace you can see halls with furniture and objects from the past, but also some modern things.

Interesting for many visitors is the exhibition of the clothes and the famous hats of Queen Elisabeth. The Queen’s ladies’ hats have been a major topic in the British press and fashion magazines for decades.

Worth seeing are also the gardens and parks around Buckingham Palace. You can learn many interesting things about the huge building by renting an audio guide (also in German).

The large crowds and waiting queues are felt negatively by many tourists in summer. But that’s the way it is with such a famous sight in the middle of London.

Buckingham Palace can only be visited in summer for two months. This is also relatively new. Until about 15 years ago the building was not accessible to the people at all. These two months are in the main tourist season in summer (about mid-July to mid-September). But as one only sees a small part of a side wing of Buckingham Palace, the high entrance fee of 15 pounds is probably only worthwhile for the biggest fans of the Royal Family.

The famous change of guards

Interesting and very popular among the tourists is the Changing of the Guards. This takes place in summer daily at 11:30, in winter only every second day. In case of rain the change of guards is cancelled. Thus, it is best to come to Buckingham Palace in the late morning. 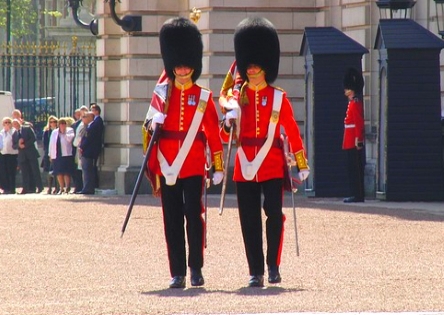 How to get to Buckingham Palace and Queens Gallery: There is no direct subway station at Buckingham Palace, but some stations are 500 – 800 metres away: Victoria, St Jame´s Park and Hyde Park Corner.

Location: The Musuem is about 200 metres to the left of the main entrance to Buckingham Palace.

Changing exhibition: Every year the Queens Gallery exhibits a different part of the gigantic royal collection of paintings, including world-famous works by Rembrandt, Leonardo da Vinci and Rubens. Sculptures and pieces of furniture can also be seen in some years.

Free admission to the Quenns Gallery is available with the London Pass.

You can buy tickets for the Queens Gallery in advance at this website. 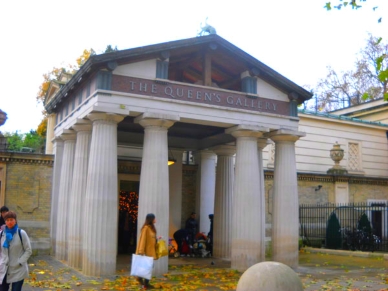 Admission Queens Gallery 2023: 16 pounds for adults, seniors and students get approximately two pounds discount. Teenagers in early 2020 pay 6.70 pounds, families with up to children a maximum of about 30 pounds (family ticket with a maximum of 3 children). Children under the age of 5 do not pay admission to the Queens Gallery.

Whether these prices are worthwhile must be decided by each individual. In contrast, the really big art museums in London like the National Gallery or the grandiose Museum of Modern Art London (Tate Modern) don’t cost an entrance fee.

Free admission to the Quenns Gallery is available with the London Pass.

You can buy tickets for the Queens Gallery in advance at this website.

Tickets for Gondolas Venice you find on our Venice website.