An excursion to the Greewich district is almost obligatory for London travellers. There are many interesting top sights.

Greenwich is a district of London south of the Thames. It is only a few kilometres from the centre. Greenwich is a rich and green part of the city. Greenwich is world famous for the standards that have been set here. Today, Greenwich Mean Time and the zero meridian that runs right through Greenwich are global standards. A trip to Greenwich is especially worthwhile on a day with good weather. 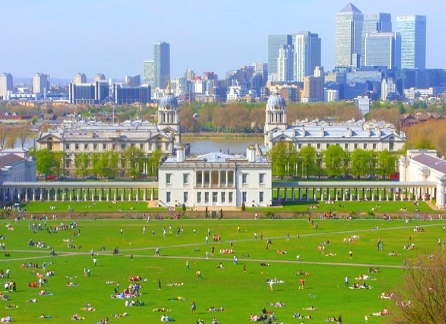 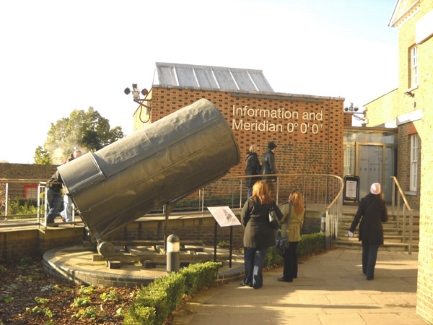 Thus, if you are in the Greenwich Observatory, you are exactly at the 0° 0′ 00” longitude. On the ground in the courtyard of the observatory, the zero meridian is marked by a metal strip. You can stand here with one leg on the eastern hemisphere of the earth, with the other leg on the western hemisphere. So many people want to do this and have themselves photographed that sometimes you have to stand in line for a few minutes.

Our excursion tip: Harry Potter tour from London to the film studios outside the city. It is currently the most popular day trip from London >>> More information 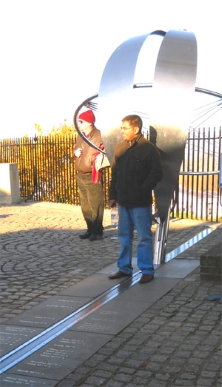 Also interesting is the large red ball on the roof of the Greenwich Observatory. It falls daily at exactly 13:00 Greenwich Mean Time (British winter time) a few meters downwards. After that, everyone in the English capital used to be able to set their watches. In the Royal Greenwich Observatory the time valid today worldwide was determined. All local times worldwide are based on the system.

Opening hours Royal Greenwich Observatory: Daily from 10 am to 5 pm (in beginning 2018).

Problem with public transport ticket: Greenwich is in zone 3 of London public transport. The best way to get to the sights described above is from Greenwich underground station or by train from DLR (Docklands Light Railway) stop “Cutty Sark”

Solution: However, if you, like most tourists, have only one ticket for zones 1 and 2, you can get off at the DLR station “Island Gardens” and do the following:

From here you can reach Greenwich through an old pedestrian tunnel, which runs under the Thames and is worth seeing. To the north of the Thames, the entrance to the tunnel is only about 100 metres from DLR’s Island Gardens station. The southern exit is not far from Greenwich Park (about 300 metres). The 400 metre long pedestrian tunnel can be reached by elevators on both sides. Use is free of charge. 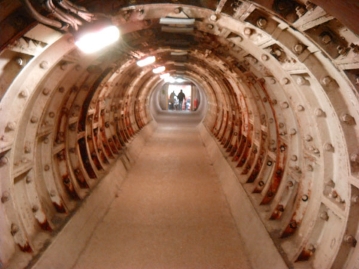 Tunnel Hamburg under the Elbe river.

Another attraction in Greenwich is the famous historic ship Cutty Sark. It was one of the fastest sailing ships of Great Britain at the end of the 19th century (it was a so-called tea clipper). Today it is a very popular museum ship and is located in Greenwich on the Thames. Like much of Greenwich, the Cutty Sark has opening hours from 10 a.m. to 5 p.m. daily. In contrast to other attractions, however, the Cutty Sark sailing ship costs admission (entrance fee adults 13.50 pounds, children £7, as of 2017). As is so often the case in London, you either pays a high entrance fee for sights or the entrance is free.