This article describes the largest zoo in England and is intended to answer the question: Is it worth visiting London Zoo?

The Zoo is known in London under the name “London Zoo”. The zoo can look back on a very long history and is considered to be the oldest zoo in the world. It was opened for scientific purposes in 1828. The people had access for the first time in 1847.

In recent years the London Zoo has been thoroughly modernised. Today it is a modern zoo and one of the best zoos in Europe. Over 700 animal species live in the London Zoo. Many small cages have been dismantled in recent years. Instead, a nature-like environment has been created for the animals. The zoo has been divided into different subject areas. Highlights are e.g. the 6000 m² “Gorilla Kingdom” (giant gorillas), the “Giants of the Galapagos Islands”, the Komodo area, the Australian Outback, a huge bird house and last but not least a large tropical rain forest. 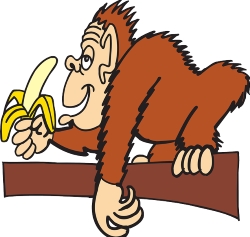 A few years ago a large building for penguins was built. The newest attraction in London’s zoo is the Land of Lions, opened in 2016. The Butterfly Paradise is also interesting. The zoo can also be visited with the London Pass.

The special thing about the Lodon Zoo

Overall, London Zoo is no longer a zoo in its original sense, a zoo with animals in cages. Rather, it is a world of experience in which the animals are the highlight. Not only the animals, but also their natural environment are shown with great effort. Of course, such adventure zoos like London Zoo require high financial investments. But animals and visitors are offered much more than in classic cage zoos. Some of these high costs have to be recouped by slightly higher entrance fees. 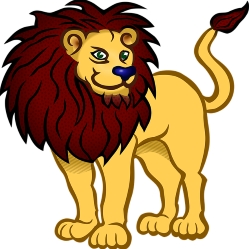 Entrance fees London Zoo 2023: The entrance fee is different and depends on the season and costs at our last check in January 2023 for adults around 30 Pounds, for children from 3 years only a few euros less, children under 3 years do not pay entrance to London Zoo. There are various prices and other discounts, for example for students and seniors.

London Pass including admission to the zoo: If you have a London Pass, you will be admitted to the zoo free of charge. This interesting ticket for more than 50 sights in London is worthwhile for tourists who want to see several big sights. More info here

Opening hours London Zoo 2023: The London Zoo is open every day except on Christmas Day (25.12) from 10am in the morning. The Zoo closes at 6 p.m. in summer and earlier in other seasons (4 p.m. in winter) depending on the time of day. The last admission is one hour before the end of the opening hours. But you should arrive much earlier, as there is a lot to see at London Zoo.

Parking: Parking spaces are available at the London Zoo, but as far as I know there is a charge. Cycling, skateboarding, inline skating etc. are prohibited at London Zoo. Also you are not allowed to take dogs with you. Children are only allowed to enter the largest zoo in England when accompanied by adults.

Directions to London Zoo: The zoo is located in Regent’s Park in the northern centre of London. The nearest underground station is Camden Town. You can also visit the famous Camden Market on the same day. London Zoo is about 4 km from the city centre.