The article answers the following questions, among others:

– What is the London Transport Museum?
– Is it worth visiting?
– What is the current admission price in 2021?

If the London Transport Museum were not in London, a city with hundreds of important museums, it would certainly be even better known. It is the transport museum of the city of London. On display are 200 years of public transport in London – from horse-drawn carriages to the latest high-tech products.

The London Transport Museum has been in existence for over 90 years. One part of the exhibition is about old and new public transport in the city such as carriages, buses, trams, underground trains up to the most modern driverless trains of the DLR (Docklands Light Railway). Other parts of the London Transport Museum deal for example with tickets, signs, old timetables, vending machines, advertising posters, control devices, underground stations and much more about local transport in the capital of Great Britain.

Another section of the museum is also very interesting: the Harry Beck Gallery. London’s Harry Beck (1902-1975) was more or less the inventor of modern public transport network plans, especially underground network plans. By omitting the true distances between stations and using colours for the different lines, the Underground maps of the world became much simpler and clearer thanks to Harry Beck.

The London Transport Museum is a modern multimedia exhibition with touch screens and video demonstrations. Unfortunately, unlike many other museums in London, the museum charges admission. But in our opinion it is worth it. It is one of the best museums on local transport in the world.

Admission prices London Transport Museum Season 2021: Admission at the museum box office costs £17.50 for adults (as of early 2020). The ticket is not only valid for the one day, but for a whole year. Children under 16 are admitted free of charge. Pupils, students, pensioners and disabled people pay a slightly reduced entrance fee.

Free admission is available with the London Pass, which is of interest to many tourists: more information on this page.

In the museum shop of the London Transport Museum you can buy great souvenirs, such as models of the famous double-decker buses.

In our opinion, it is advisable to buy the entrance ticket for the London Transport Museum in advance on the internet. The queues at the ticket offices are often very long. You can buy tickets here.

The local transport exhibition is relatively large, you should plan a few hours.

Directions London Transport Museum: The museum is located in the former flower market in the heart of London. Covent Garden, Charing Cross and Temple tube stations are just a few hundred metres away.

Gastronomy: From the museum cafeteria you have a nice view of the central square Covent Garden (Upper Deck Cafe Bar). In addition, there is another small restaurant in the museum with sandwiches etc. called Lower Deck Cafe Bar. However, the second restaurant is only open at weekends (Saturday and Sunday). We like the fact that you can eat what you have brought with you in a signposted picnic area in the London Transport Museum.

Visitors with disabilities: The museum is suitable for wheelchair users (ramp at the entrance and lifts to all floors). 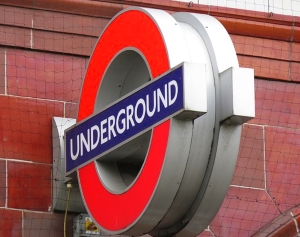 The Museum of the Pope’s Vehicles in the Vatican

The German Museum in Munich with many historic vehicles