The City of London is a district in the heart of London north of the Thames. In addition to many old sights, such as St Paul’s Cathedral, you will find here the financial center of Great Britain and all of Europe. Modern skyscrapers as glass and steel characterize the City of London. The skyscrapers house banks, headquarters of large insurance companies and other financial companies. How much the Brexit will affect the City is still unclear (as of early 2022). 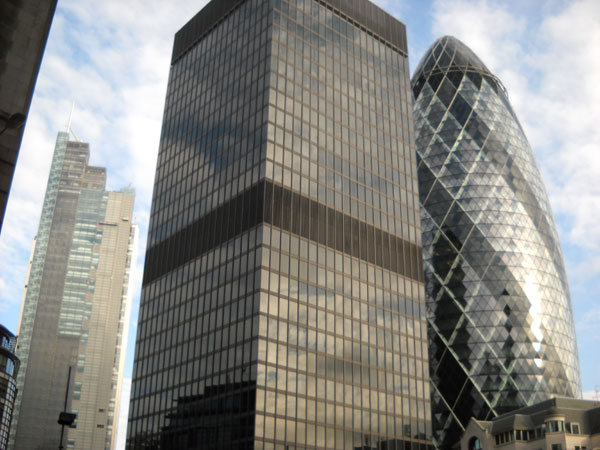 Important official state buildings can also be found in the City of London. First and foremost, the Bank of England. It is the central bank of Great Britain and the British pound, the second most important currency in Europe after the euro. Not far from the Bank of England is the imposing building of the Royal Exchange. Here used to be the stock exchange, today it is a shopping center with luxury stores.

The most interesting building in the City of London due to its great architecture is the famous Llody’s Building (picture below). Although already built in the 80s, it still looks hypermodern. The unusual thing about the architecture is that elevators and especially the supply line run in pipes outside the building. 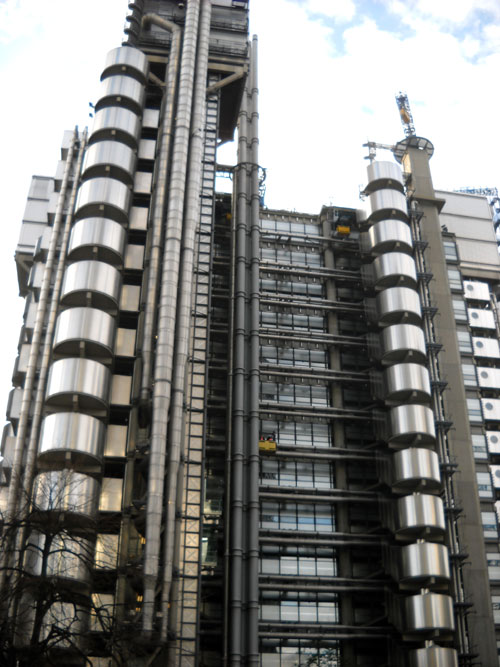 If you want to save money on your London vacation, you shouldn’t necessarily go out to eat or shop in the City of London. It is probably the most expensive district of London.

How to get to the City of London: Several subway lines run through the City. You are in the middle of it if you get off at the station with the simple name “Bank”. Monument”, “Aldgate” and “Tower Hill” are also not far away. The Dockland Light Railway connects the City of London (Banks tube station) with the Docklands, the city’s second major financial center.