This article informs tourists about the world famous church in London including entrance fees, opening hours, tickets and queues.

The St Pauls Cathedral (cathedral) is one of the two most important churches in London, next to Westminster Abbey. Saint Pauls is located in the City of London not far from the Thames, the Millennium Bridge and the banking and financial district of London. 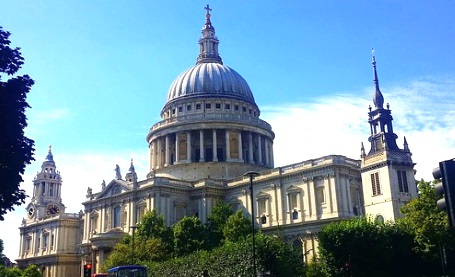 History of the church: A church was already standing on the site in the early Middle Ages. Several buildings fell victim to fires. In 1666 a big fire destroyed half of London (The great Fire of London). The church also fell victim to the fire. After some years of construction, today’s St Pauls Cathedral was completed in 1708. The church was again and again the scene of big weddings. The most famous wedding in the last decades in the St Pauls Cathedral is probably the one between Lady Diana and Prince Charles in 1981.

Access to the dome: Among tourists the ascent to the over 100 meter high dome of St Pauls Cathedral is very popular. On the 600 steps less sporty visitors come to pant. Interesting is the Whispering Gallery. The room has such good acoustics that even whispered words can be heard everywhere.

Opening hours St Pauls Cathedral in 2023 : Daily except Sunday from 8:00 to 16:30 (admission until 16:00). You should plan at least 2 hours. On Sunday the church is closed for church services. For safety reasons you are not allowed to bring large bags and backpacks into the church. Smaller Czes are searched.

Approach St Pauls Cathedral: “St. Paul’s” is the name of the subway station only a few meters away. Also the tube stations “Bank”, “Blackfriars” and “Mansion House” are only a few minutes walk away.

Exciting sights nearby: The financial district City of London, the Leadenhall Market and the Museum Tate Modern are within walking distance. 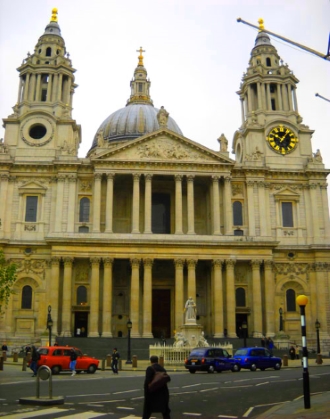