Overview: Probably no other city in the world is as famous for its department stores as London. Most famous is Harrods. But London has many other great department stores. The main shopping street is Oxford Street in the center of the city. Also worth a visit is the Fortnum & Mason in Piccadilly Street. It is a very distinguished and traditional department store.

Harrods is located on Brompton Street in the borough (Borough) of Knightsbridge just south of Hyde Park. It is 2-3 km from the center of London. With almost 100,000 square kilometers of retail space, it is one of the largest department stores in the world. 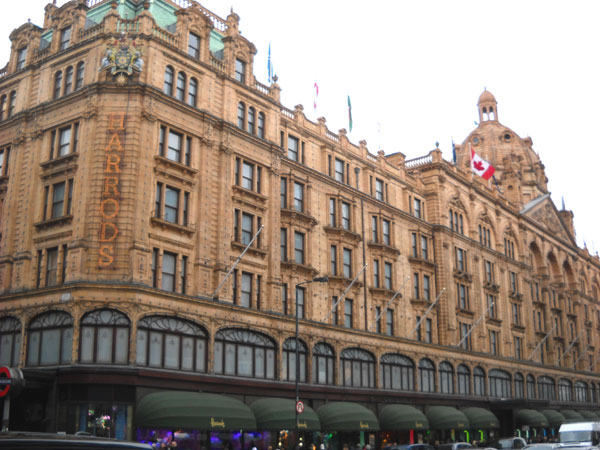 There are over 300 departments at Harrods. On the high-turnover days before Christmas, more than 300,000 customers are expected to visit Harrods. At the opening in the morning, hundreds of people are often already standing in front of the doors waiting to get in. There is almost everything and in every price range. You should definitely check out the food departments (food halls). The toy departments are also a highlight, especially for children. In the fine restaurants on the upper floors you can eat very well. Of course, the high quality has a corresponding price.

How to get to Harrods department store / London 2023: The subway station in the immediate vicinity is called Knightsbridge. This station is on the underground Piccadilly Line (dark blue line on the plans) and is easily accessible from central London (Piccadilly Circus).

Fortnum & Mason is much smaller and more central than Harrods. The department store is designed for luxury items and is one of the finest addresses in Great Britain. Also in the Fortnum & Mason, the food departments on several floors are the highlight for many visitors. One feels a bit transported back to the good old days. Absolutely worth seeing! A little something, like a bag of tea or an in-house sweet, can be afforded by normal citizens as well – e.g. as a souvenir for those who stayed at home. 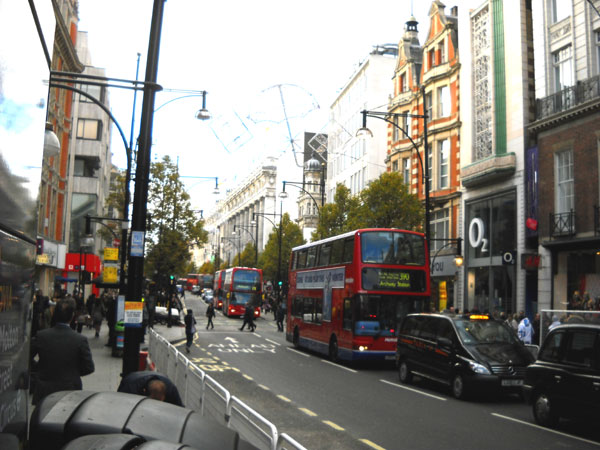 The more than 500 stores are mainly for ordinary citizens. There are also luxury stores, but comparatively few. There are several large to huge department stores. The largest is Selfridges, about half the size of Harrods (see above). Other well-known British department store chains also often have their largest house on Oxford Street. Large department stores on Oxford Street in London include Debenhams, John Lewis, and House of Fraser. Many of these stores are hardly different from German department stores. Also, there are many large stores that only have clothing on sale. For example, the largest shoe store on Oxford Street, with the name “Schuh”, which is very simple for Germans, is very popular among tourists. The price level in Oxford Street is about the same as in German city centers. There are, according to my feeling, significantly more bargains, but beware not every special offer is really cheap. Many stores also open on Sunday, but usually with reduced opening hours.

How to get to Oxford Street: The best way is to take the underground station Bond Street. This is where the Central Line (light red line on maps) and the Jubilee Line (gray, Westminster Abbey just 2 stations south) cross.

If you go up the long escalators from Bond Street station, you’re right in the middle of Bond Street and Oxford Street. “Bond Street,” by the way, has nothing to do with James Bond. The street is named after the building contractor Thomas Bond.