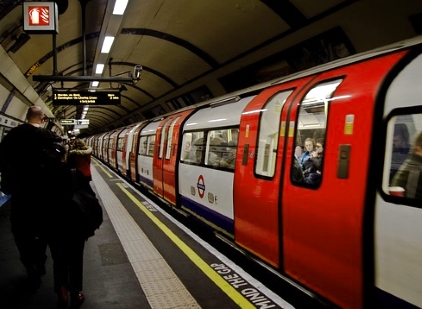 Overview: The London Underground is operated by the Transport of London company. The system has about 265 stations, about half of which are underground. Officially, the London Underground has 11 lines. However, these lines often have branch lines, so in reality there are actually far more than 11 lines. The older lines run in very narrow tubes, while the newer subways run in modern, wide tubes.

Officially, the London Underground is called “Underground”, but many people simply call it Tube. The common international name “Metro” is rarely used, but the English understand the term.

Information about tickets and fares can be found on this page

The 11 main lines have the same colors on all plans. Unfortunately, the blue of the Piccadilly Line and the Victoria Line is relatively similar, which sometimes leads to confusion. 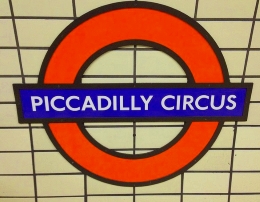 The red circle is the famous symbol of the Underground.

The Central Line is now the most important underground line in London, carrying nearly 300 million passengers a year. The Central Line is also the longest line with a length of over 74 kilometers. The Waterloo & City Line, on the other hand, is the shortest line at only 2.4 kilometers. The Circle Line runs in a circle around the city center, similar to the Ringbahn in Berlin.

Other rail transportation in London

However, there are many other rail-based means of transportation in London.

On the one hand, there is the London Overground. It is a public transportation system comparable to a suburban railroad with about 9 lines. It is mainly used by people in neighborhoods and suburbs further from the center.

There is also the DLR (Dockland Light Railway). This is a modern light rail, automatic without a driver, in and around the old Docklands harbor. The DLR has been around for 30 years and continues to expand (currently 45 stations as of early 2019).

A tramway (streetcar) has also been back in London since 2000. The still small network comprises 4 lines with a total route length of 28 kilometers.

>>>> Our page about all trains and buses to all major London airports.

Normal local trains to the surrounding areas are also used a lot. Since such railroads stop several times within London, they are also popular among residents and tourists within the city. They are often faster than the Underground because the distance between stops is much greater.

– >>>>>>> More information for tourists including fares