The Thames is the big river in London. It flows right through the center and divides the city into two parts. The majority of London’s major landmarks are immediately adjacent to or less than two kilometers from the Thames. The most important parts of the city center and most of the sights are located north of the Thames. 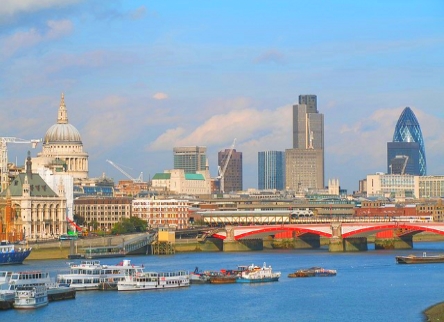 The Thames in London

The Thames has a length of about 350 km. A few kilometers after London it becomes much wider and finally flows into the sea. Once the Port of London was the largest seaport in the world. But in the last 30 years, container ships have become larger and larger. The Thames is too narrow and is not deep enough for the new ocean giants. Thus, in recent years, large parts of the square kilometer harbor district have been rebuilt into new, modern neighborhoods. The new Docklands are the symbol of modern London.

Above all, offices have been created in the financial capital of Europe. Across from the Docklands on the other bank of the Thames is London Greenwich. The prime meridian passes through this famous part of the city. This is where the time, the famous Greenwich Mean Time (GTP), was set. It corresponds to British winter time. 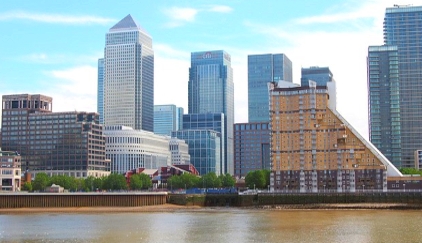 In London there are many bridges over the river Thames. The most famous one is Tower Bridge London. The most modern one is a new pedestrian bridge, the Millennium Bridge. It connects the art museum Tate Modern and the famous church St Pauls. 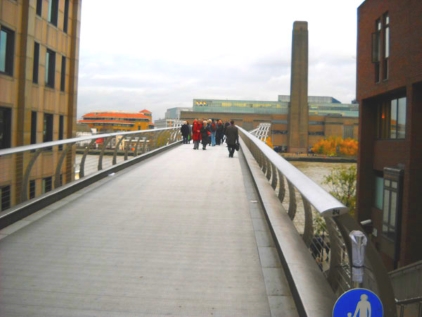 The Millennium Bridge in the center of London (England)

Sights on the river

Also directly on the Thames are the clock tower Big Ben London and about opposite the world-famous gigantic Ferris wheel London Eye. There is hardly any shipping traffic in the form of cargo ships in the center of London on the Thames. Instead, there are many smaller passenger ships that are used as public transportation. Every day they bring thousands of people to work on the Thames. Also for the tourists, the boats are a convenient way to see London from a completely different perspective and at the same time get around London.

Interesting boat tours on the Thames in London

Various providers offer trips on excursion boats on the Thames. Such boat tours in London past important landmarks have become increasingly popular among tourists in recent years.

One operator offers particularly popular trips at a low price for London:

Boat tour on the Thames with lunch are offered: more information here  »

Reviews from participants on these excursion trips are quite overwhelmingly very positive.

Speedboat trips London: If you need more action, you can take part in a Speedboot-Trip on the Thames in the middle of London. 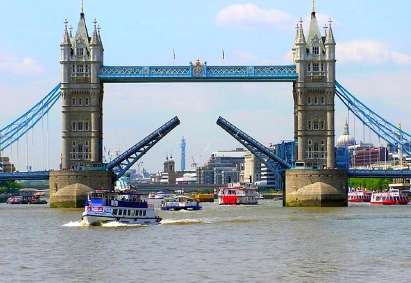 The source and mouth of the river

The river rises near the town of Kemble in southern England. The name of the source is Thames Head. From the place Lechlade the River Thames is navigable. After passing through London, the River Thames reaches the sea at Southend. It is by far the most famous river in England.