London is one of the most visited cities in the world by tourists. The many visitors come to London partly because of the many world-famous sights.

We hereby try to create a top 10 list of attractions in London. Of course, the selection of the top 10 attractions is not without controversy. On similar lists on the internet, many of the attractions we have chosen also appear, but others do not. Our list of the top 10 sights in the British capital includes some museums, but also churches, a bridge, a Ferris wheel and a zoo.

One problem in London is the sometimes quite high entrance fees, but there are also some sights that don’t cost any entrance fee at all.

1, Tower London: One of the most visited sights in Britain. The castle on the Thames also houses the British Crown Jewels. A few centuries ago the Tower was the seat of the kings of England, later it was a prison.

3. Tate Modern London: Also an art museum, also with free entry. The Tate Modern, right on the Thames, is considered the most important museum for modern art in the world.

4. Madame Tussauds London: Almost everyone knows this exhibition of famous people as wax figures. The lifelike images are still a magnificent sight to see. Madame Tussauds now has many branches, including in Berlin and Vienna, but the original in London is bigger and better. Tickets and more info

5. London Ferris wheel: Many tourists in London take a ride on the biggest Ferris wheel in Europe (135 metres high). From the top you have a great view over the city and the Thames. Tickets and more info

6. St Paul’s Cathedral London: One of the two important churches in London. A highlight is the walk up to the over 100 metre high dome. Tickets and more info

8 Westminster Abbey London: The second important church in London. Many kings are buried here and many important weddings take place. The tower of the church is the famous Big Ben.

9 Tower Bridge London: The drawbridge over the Thames is one of London’s landmarks. When a large ship passes through, the bridge is closed. At the top there is still a footpath over the London river. 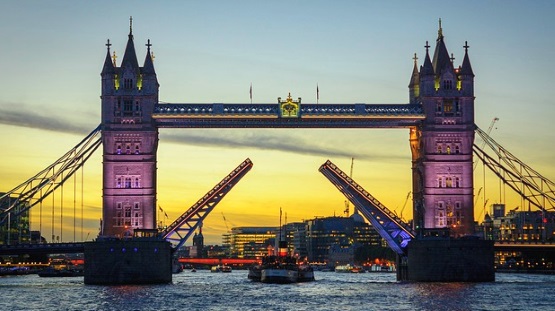 10. London Zoo: The oldest zoo in the world (around 190 years old) and one of the best and most beautiful zoos in Europe. That’s why London Zoo is on our list of the top 10 sights in London.

Tower London: The queues are often quite long. We therefore recommend buying tickets for the Tower in advance on the internet. Tower of London tickets are available on the website Getyourguide.com.

Tate Modern: The museum of modern art is also free of charge.

Madame Tussauds Waxworks: In London, the most important waxworks museum in the world is known for long queues and waiting times at the ticket office at the entrance. Make sure to buy tickets in advance on the internet, they are available on this website

London Eye: The Ferris wheel is very popular. If you don’t want to queue for hours, you can buy tickets online. Link for tickets

St Paul’s Cathedral: Tickets for the church including the dome are on this website.

British Museum: One of the many great free museums in London.

Westminster Abbey: Tickets and prices are available on this website

London Zoo: Tickets for the London Zoo can be bought on the spot without any problems.